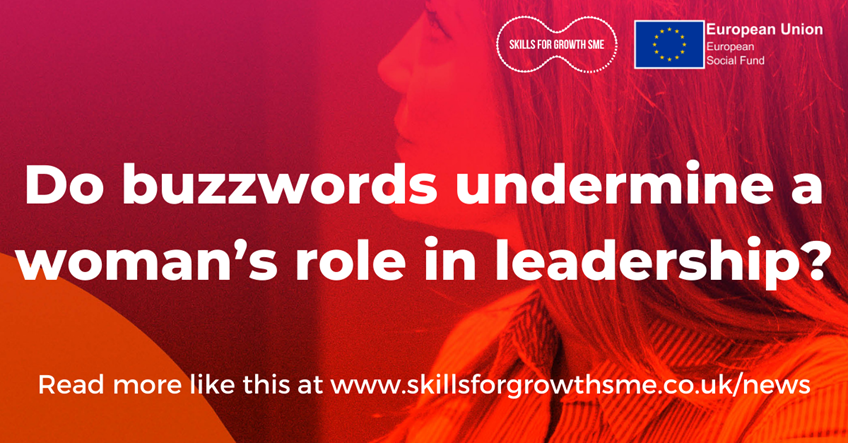 Do buzzwords undermine a woman’s role in leadership?

The business world loves a buzzword, but why have we coined so many to describe the state of a woman in leadership? From “Mumpreneurs” to “Girl Bosses”, numerous studies have shown that most women find these terms patronising and negative, undermining of their achievements. On the other hand, many female business leaders wear these terms with pride, as a symbol of empowerment.

So, what are the buzzwords, why do we have them and what should we do with them? Let’s explore.

Instagram currently counts over 1.2 million uses of #Mumpreneur as opposed to only 69 thousand counts of #Dadpreneur.

Coined in the 1990s, Mumpreneur literally is used to describe a woman raising her children alongside her business brainchild at the same time. Like all debates, there are two sides. Some might view the Mumpreneur title as a testament to the power of women, and there exist many self-proclaimed Mumpreneurs who feel they actually are different to their male counterparts, that they have defied the odds against them and managed to succeed in business – traditionally, a man’s world.

Others view the slogan as one that prevents women from being taken seriously, that this version of entrepreneurship signifies little more than a “cute” side hobby during maternity-leave, and that female entrepreneurs should be treated differently, perhaps more delicately, than their male counterparts. The question here is whether Mumpreneurship is actually perpetuating the age-old tradition that a woman’s role as mother is her true and only real career.

Not just a CEO but a She-E-O! Should we really single the female Chief Executive out as different from any other CEO? Here’s a fun fact: there were more CEOs called “Peter” than there were women CEOs in the FTSE 100 until July 2020 (six, versus five). That number has since levelled out, but maybe the She-E-O does deserve her distinct title because she is practically an endangered species. Maybe the She-E-O is important while we still do not have gender parity in the workplace, so that young women and girls have someone like them to look up to, as a symbol of hope and a reminder that women can and should aim for the top.

The question behind it all is when will the glass ceiling dissolve into oblivion and we no longer feel the need to use the appointment of a woman CEO as a PR publication?

Is this a backfired empowerment slogan? Popularised in 2014 by American Entrepreneur Sophia Amoruso, borrowed from a 1975 Betty Davis album, the intention was to paint the “girl boss” as a boundary slayer, a glass ceiling shatterer, one who defied all odds to get to the top. Perhaps Girl Boss does give young women an idol to look up to and a future version of themselves to aspire to. Many view Girl Boss as a term of empowerment, backed by good intentions and made popular by women themselves.

But does the intended meaning really translate? Does this empower the girl who’s risen to play with the “big boys”, or does it make her seem less serious, less capable, inexperienced, small, even inferior? The fact that she’s not just a boss, but that her gender comes into her title, suggests that the “girl boss” is not considered an equal to her peers.

More than a slogan, there’s a certain look associated with the “girl boss” too, a fashionista, brightly coloured, suited, booted and slaying, as if being a “girl boss” is a style trend rather than a legitimate career path. We have to wonder then, whether that mean the “girl boss” will rise and fall as all trends do.

Buzzwords or not, we need to keep striving for gender parity in the workplace and now that the world has presented us with an opportunity to re-evaluate the things we hold dear and take for granted at work, it’s a great time to start thinking about the role of women in that space.

What do women bring to the workplace? Why is it important to consider that? What can we do to make work fairer, more accessible, and more inclusive for our diversifying workforce, so that women don’t have to keep fighting against their gender in their careers? Labels, slogans and buzzwords aside, it’s time to start treating each other as equals, with equal opportunities, equal rights, and equal terminology.

If you’re a business owner in Greater Manchester interested in empowering your female employees through training, development, wellbeing and business change strategy, click here to register your interest in our fully funded SME support programme and #ChooseToChallenge for a better future.

Or, for female employees looking to bolster your career within the SME business sector, explore our support services for individuals.

The Growth Company is an award-winning, not-for-profit social enterprise with a mission to enable growth, create jobs and improve lives. We provide individuals and businesses with a wide range of services that improve employment, skills, investment and enterprise for the benefit of all, and have been working in the Greater Manchester city region for more than 30 years.

This project receives funding from the European Social Fund as part of the 2014-2020 European Structural and Investment Funds Growth Programme in England.

The Department for Work and Pensions is the Managing Authority for the England European Social Fund programme.

Skills for Growth - SME Support is a fully funded, tailored service to help upskills your employees and improve business productivity. We're here to help you grow your business through re-shaping, developing your talent and enhancing your team's performance.